Unito at a glance

University of Turin presents its actions about Industry 4.0, Research, Labour 4.0 and Sustainability.

Discover the open invitation started from University of Turin to the international scientific community.

The new industry will be characterized by developments of a range of new technologies such as artificial intelligence, robotics, nanotechnology, biotechnology, advanced manufacturing and new materials. The resulting job displacement would likely occur in labour-intensive industries. Skilled workforce is key for the development, introduction and exploitation of the Industry 4.0 potentials. Post-graduate education and vocational training programmes provide the most appropriate environment to human capital that best fit with firms’ requirements to effectively adopt new technological and organizational solutions.

UniTo and, generally speaking, academic institutions should play the role not only of technological pivots, but also of gatekeepers linking industry, society and territory.

UniTo has implemented an extensive educational and training framework in a number of core fields relevant to Industry 4.0: 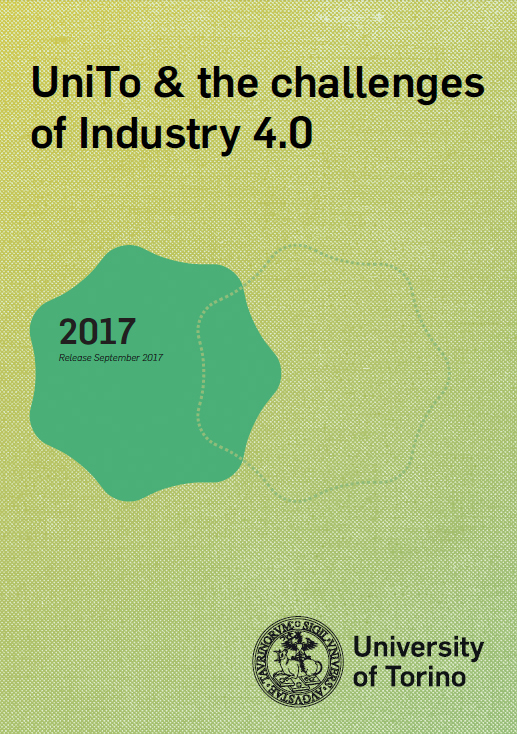 UniTo & the challenges of Industry 4.0 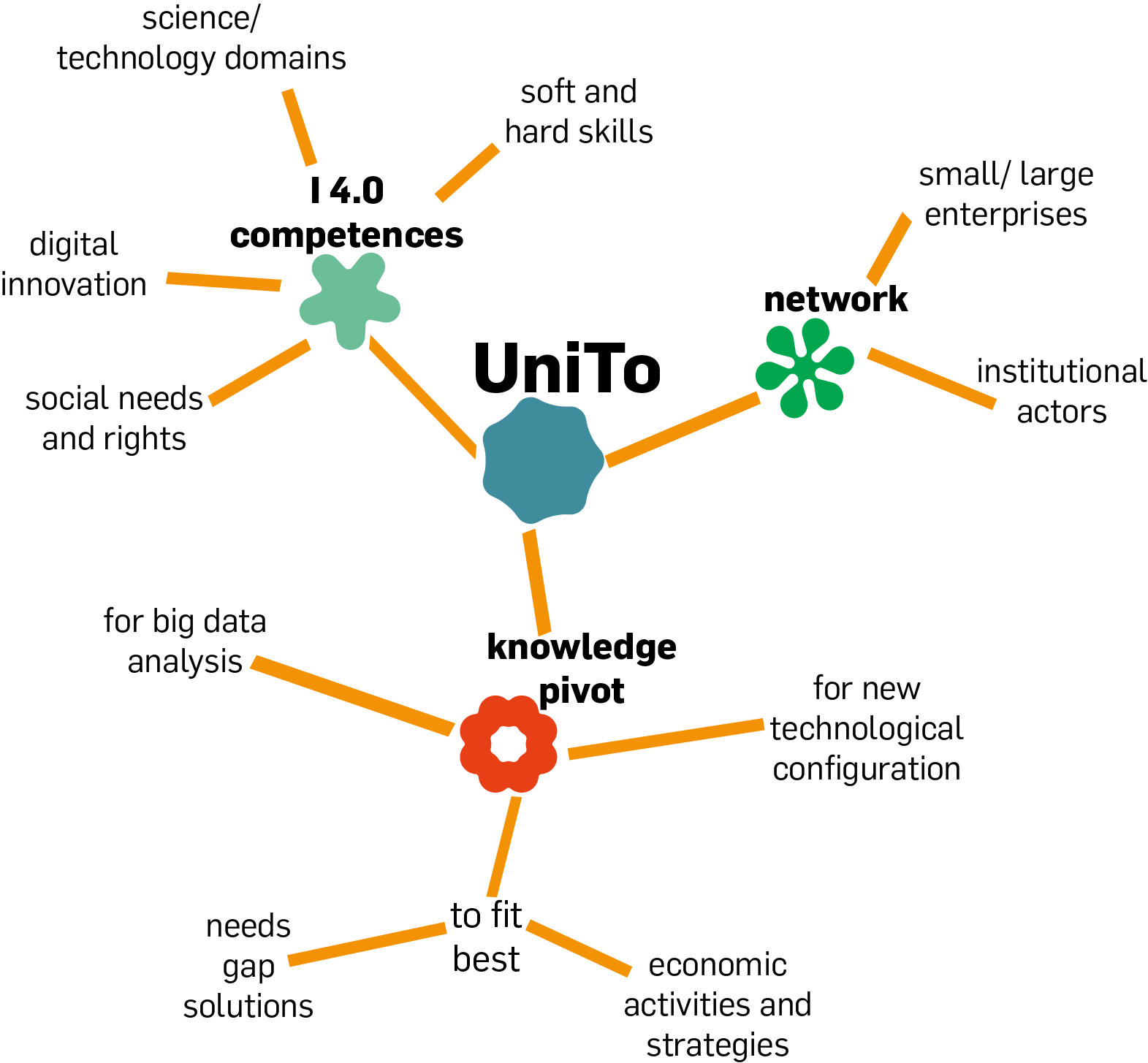 Discover the open invitation started from University of Turin to the international scientific community to collaborate to design and achievement of a new updated model of a digital radiography and computed tomography in heritage science.

The University of Torino is one of the largest Italian Universities. Research and training are performed in 27 Departments, encompassing all scientific disciplines.

According to ARWU international ranking, UniTo is ranked among the top 300 universities out of 1.200, together with other 5 Italian universities.

With reference to the most recent national evaluation of the Italian university system (VQR 2011-2014), UniTo is ranked in the top 3 ltalian universities in 9 scientific areas out of 16.

UniTo is deeply involved in scientific research and manages roughly 500 projects per year, both at the national and international level.

Evaluation of the ltalian university system (VQR 2011-2014). UniTo is ranked in the top six in the following areas (for big structures):

Figures concerning the scholarly output provide a picture of how scientific production evolved over time. Figure 1 plots the scholarly output of our researchers in Industry 4.0 related topics during the last 20 years. The Figure shows an evident increasing trend in publications, revealing the importance these topics have gained over time. In particular, the scholarly output has grown substantially since the 2003, reaching 267 publications in 2016. In Figure 2, instead, we disentangled the contribution of each research area. A large share of all the publications comes from Chemistry and Physics studies, followed by Computer Science. However, Figure 2 shows that the research areas share a common increasing trend, though at slightly different rates, highlighting the relevance of the role played by each field.

The metric used to evaluate the quality and the impact of publications is based on citations count. It is computed as the number of publications that have been highly cited, having reached a given threshold of forward citations. Figure 3 shows the evolution of the share of publications that are in the top 10 citation percentile. The evidence on publications quality suggests that on average about 1 out of 5 publication ranked in top 10% most cited worldwide. We can also notice that the long term trend seems to be slightly increasing, even though citation patters tend to fluctuate over time.

Figure 5: Number of UniTo international co-authored publications related to Industry 4.0 per research area yearly from 1996 to 2016

Source: Own elaboration on SciVal

Furthermore UniTo is involved in about 450 international cooperation formal agreements with  institutions from  all around the world  (South America, Mediterranean countries, India and China, in addition to Europe), including joint educational programs at undergraduate and doctoral level. The long record of participation of UniTo in the EU strategie research agenda results from 115 FP7 funded research projects, among which 33 UniTo-coordinated projects, 4 ERC grants a s host institution and 4 Research lnfrastructure projects.

Under H2020, 57 projects have been funded so far (2014-present), among which 10 coordinated projects, 3 ERC grants a s host institution and 4 Research  Infrastructure  projects.

The process of digitization and industry 4.0 paradigm affects almost everything in today’s organizations and puts huge pressure on organizational, management and control processes companies are facing. UniTo researchers work on how digitization improves working style and accelerates change.

To be successful we need new skills and competencies, new forms of leadership, new organizational capabilities and, last but not least, new approaches to performance measurement and management control systems. UniTo can help companies to redefine the key strategic decisions-making processes to prepare them for these fundamental changes. It could be as part of the strategic orientation (Roadmap & Assessment), the anchoring in the organization (Change Management & Target Operating Model) or the specific design of the performance management instruments (Digital Forecasting, Digital Reporting).

UniTo researchers support the competitiveness of businesses and business networks through:

Our Sustainability Reports narrate how the human, intellectual, natural and relational capitals are embedded in UniTo and show the sustainability performance of the university. They disentangle the complex managerial governance that supports knowledge production and the achievement of social responsibilities, following a defined strategie plan.

The Reports have been edited using the GRI (Global Reporting Initiative) guidelines version G4, Core “in accordance”.
Main issues are:

It refers to human resources and gender distribution, UniTo’s students, UniTo attractiveness, UniTo graduates, Removal of economic and social obstacles which limit access to the right of higher education, Integration of disabled students, UniTo fosters the employability of its student.

UniToGO is the “office” for environmental sustainability established in UniTo Division for Administration and Sustainability. It is an interdisciplinary network composed by Professors, Researchers, Techincal and Administrative Staff and Students who works on Energy, Mobility, Waste, Food and Green Public Procurement purposes. 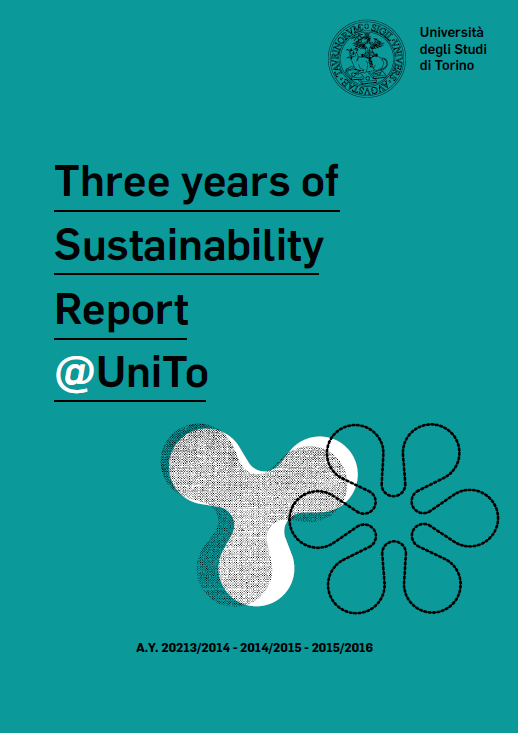 Statement of the Rector

Introduction by Vice-Rector for Public Relations

Unito at a glance

Located in Piedmont, UniTo can be considered as a “city-within-a-city”, with its 120 buildings in different areas of Torino and in key urban places of the entire Region.

Promoting culture and producing research, innovation, training and employment for the surrounding environment, UniTo
also operates at an international level through partnership arrangements with India, China, developing countries in Asia,
Latin America, Eastern Europe, the Mediterranean Area and with a number of international organizations.

Students enrolled in masters (I and II level)

The long history of UniTo